Turbo Card Board Game Instructions: The Turbo-Card board game puts you in the driver’s seat of a racing car. Your task is to complete one or two laps of a racing car circuit. Use your Turbo Card when the time is right and be the first to cross the finish line.

Each player selects a car, a gearshift lever and a gear change chart. Roll a dice. Highest dice roll has pole position (first). If players role a tie, reroll until a clear winner is decided. The player who has pole position places his/her car in the pole position space. Other players place their cars in the other spaces with white bay markings.

Each player begins the game by rolling on the Fast Start Chart.

Players begin the game in first gear. Players advance a single gear, from 1st gear to 2nd gear, etc on a single turn - move the gear icon to either the 1st 2nd or 3rd gear box. Place the gear stick icon on the gear change chart to track changes.

Players brake when their cars enter red zones. Place the car on the first space in the red zone. Players may enter the red zone in either first or second gear - third gear is not permitted. If players begin a turn on the square nearest the red zone, move a single space onto the red zone, even if a 6 is rolled.

When entering a red zone players roll a dice. On a score of 4–6 the car has successfully braked. On a roll of 1-3 the player has overshot the corner. The player then rolls on the overshoot chart. Players cannot roll above 2nd gear while in the red zone.

Turbo Card Board Game - Other Rules

To cross from an outside lane to an inside lane costs 1 movement space backward. All 6’s earn a free reroll and players can move up a gear on the reroll. Also, on a roll of 6, a player can cross to an inside lane in a forward direction. A 6 also allows players to automatically overtake a rival’s car if that car is only a single space in front of their own car. This rule applies to both red zones and straight track areas.

Each player receives a Turbo-Card. The Turbo-Card doubles the amount of spaces a player can move in a single turn. So, if a player rolls a 6, while in 3rd gear, then they move 8 spaces rather than the usual 4 spaces. One use only. 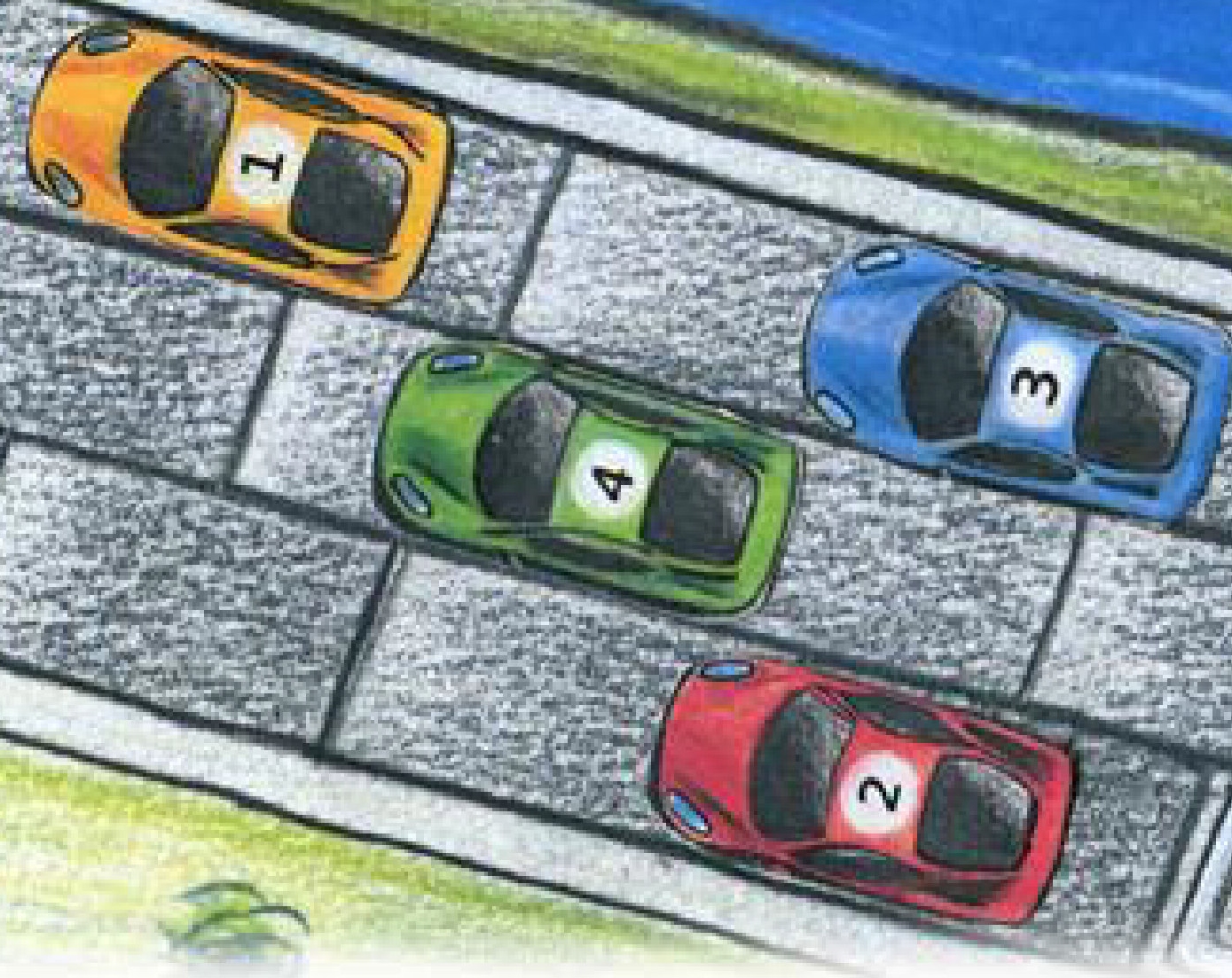 The Turbo Card Board game has been designed for oral language and speech intervention but can be used by the whole family.

It's an easy game to get started in but also features some real tactical complexities to explore once you have played the game a few times.

The game board can be printed to A3 size and the game components feature 4 individual cars and turbo cards that can be printed and laminated. All you will need is a dice to get started.

You can also get creative and use toy cars as the racing cars. My son and I sometimes use the Cars mini toys as an example, or hotwheels cars as the scale is about right. But you don't need to. The cut out cars in the game do the job just as well. I recommend just sticking a small piece of cardboard beneath each car to give a nice separation between the car and the game board track.

The game also doubles as a true educational tool with many counting possibilities and problem solving to get stuck into.

I'm very excited to release this game. I hope it brings you as much pleasure (and challenges) as it has for me and many of my students over the years.