Multiple Oppositions reportedly works best with children who present with moderate to severe phonological disorder. Generally, the kids who are mostly unintelligible to unfamiliar listeners would benefit most from multiple oppositions therapy. This powerful therapy has the potential to dynamically restructure and reorganize a child's phonological system in the shortest amount of time.

Children with moderate to severe phonological disorder may substitute several or many sounds with a single phoneme. This mass substitution of consonant sounds to a single phoneme is known as a phoneme collapse.

What is a Phoneme Collapse?

For example, a child may substitute /t/ for multiple consonant phonemes as he/she attempts the adult speech form. For instance, /t/ may be produced instead of /s/ /f/ /l/ and /t ʃ/. So the words sore, fore, lore and chore would all be produced by the child as tore. Note that all the initial phonemes have collapsed to /t/.

A key component of multiple oppositions intervention is the specific selection of appropriate speech targets using a distance metric.

What is a Distance Metric?

A distance metric enables the clinician to identify and select the sounds across a rule set that have the most potential to restructure the child's phonological sound system. A key component of the distance metric is that the function of a sound is dependent on the role the sound plays in an individual's sound system. Selection of target sounds is based on a child's specific sound errors, which are unique and individual to that child. (Williams, 2006) A child's error pattern may develop as a result of the child's attempts to produce adult type speech, but, due to a limited sound system, result in a phoneme collapse.

Lynn Williams states that the distance metric contains two parameters: maximal classification and maximal distinctions. (Williams, 2005) ﻿Both parameters help the clinician select sounds for intervention based on the child's unique phoneme collapse. Specific target sounds are selected based on their maximal distinctiveness from the substituted sound in terms of place, manner, voice and linguistic unit, i.e. a single consonant /k/ or a cluster /kl/. (Williams, 2006).

Sound target selection is based on  the distance metric. For instance if a child collapsed the /p  f  l  r   s  k  sl  st  tr / phonemes to /t/ the therapy targets for the /t/ sound may initially be / l  r  k  tr/. These targets would be selected because they are maximally distinct from the /t/ in terms of voice, manner, place, major class and single sound vs cluster sound. Thus the selected target sounds have the best chance to stimulate system-wide phonological restructuring in the child's sound system.

contrasts most with selected targets ...﻿

Multiple oppositions therapy targets four sounds at a time, which is in contrast to other contrastive therapy models such as minimal pairs and treatment of the empty set that target one phoneme at a time. During multiple oppositions therapy, children are confronted with several of their specific sound errors across a rule set. Children are thus exposed to four of their individual errors at a time in a way that prompts awareness of the extent of the change required.

I have created a step-by-step introductory guide to assist clinicians not familiar with multiple oppositions to begin using this method of speech intervention.

The guide offers tips and strategies on how to make inexpensive stimulus cards for therapy and features examples of  sound contrast therapy techniques and sequences. The guide is also a practical introduction on how to begin multiple oppositions therapy.

Disclaimer: The Multiple Oppositions Therapy Guide is an entry level guide and a simplified practical introduction only. The guide is based on my own experience using multiple oppositions as a therapy model for severe speech disorders.

SCIP (Sound Contrasts In Phonology) is the easiest way to increase intelligibility in less time. SCIP is an evidence-based, therapeutic tool developed through a one million dollar NIH grant by ASHA Fellow Dr. A. Lynn Williams. It allows you to both create and implement treatment approaches using five different contrastive therapy approaches:

SCIP includes more than 2,350 real words and 6,000 nonsense words to provide the widest variety of treatment stimuli and support rapid progress. The app allows individual or group sessions with up to 4 students. In group sessions, each student has individualized treatment targets and data collection. Print or email graphs of treatment progress and individual session notes! Choose the option to treat word-initial or word-final sounds using pictures or illustrations. You can also print illustrations to prepare practice sets to be used away from the iPad or sent home for reinforcement. (Transcript in italics from iTunes SCIP webpage)

Click on the image to link to the iTunes SCIP webpage. 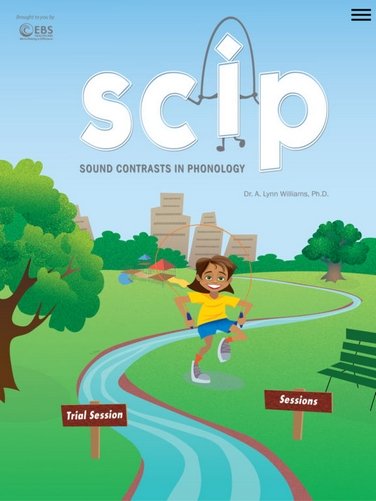 The information provided in the monthly newsletters is ideally suited to be used by speech-language pathologists, teachers and parents of students with language difficulty.  Once you've signed up to the Language Dispatch you'll also receive a new free Idioms ebook, On Cloud Nine.

The On Cloud Nine Program features 100 context based scenarios, and a multiple choice format to effectively teach this difficult figurative language concept. The program is very easy to use and is yours free, once you've signed up to the Language Dispatch. The program is available as an Adobe pdf download. 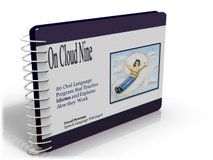