Speech Therapy Z Sound: The /z/ sound is a stream of air (fricative) sound and is a sound partner to the /s/. The /z/ is voiced and the vocal folds vibrate. To produce a clear /z/ sound the tongue is raised high in the mouth to almost touch the alveolar ridge, the roof of the mouth.

The /z/ sound production is a common speech sound error. Many children at some stage in their speech and language development have difficulty producing the /z/ sound.

The most common sound error is for the /z/ to be misarticulated as the voiced /th/ sound, or to use the correct IPA symbol, the /ð/ sound. 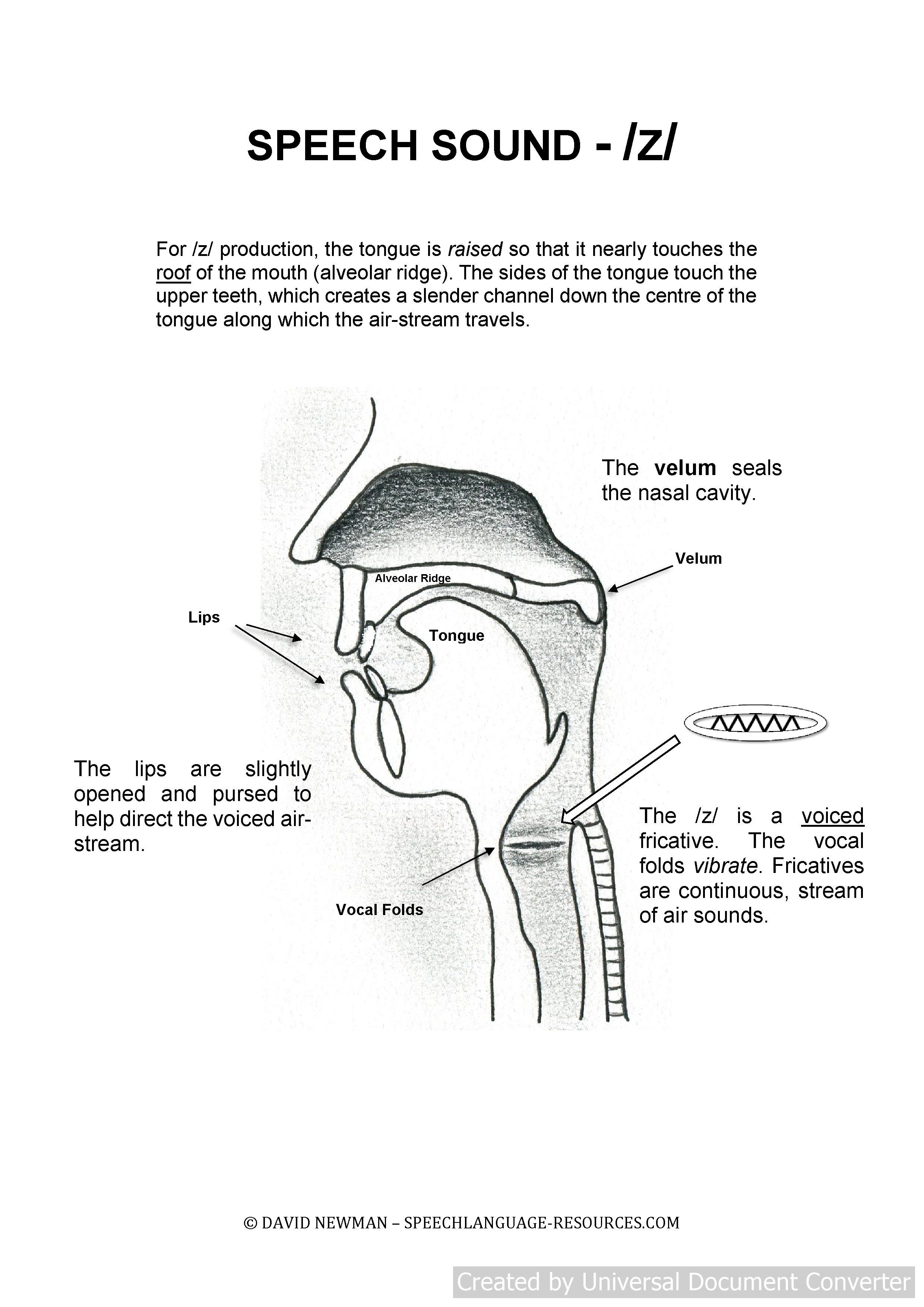 Explain and model the following /z/ sound production techniques for your child.

Sculpt the /z/ sound from the /d/ sound.

Sculpt the /z/ sound from the /n/ sound.