Speech Therapy Voiced th: The voiced /ð/ is a fricative stream of air sound. The tongue tip has gentle contact with the upper front teeth which creates a narrow channel and con-fined space for the air-stream to flow through.

The compression of this narrow space creates a friction as the voiced air-stream flows through the restricted area. The jaw is lowered marginally to provide for the correct tongue positioning.

A common sound substitution for the /ð/ is the voiced stop /d/. So this becomes dis. The /ð/ sound is a later developing sound. Many children with typically developing speech and language don’t produce a correct /ð/ sound until 7-8 years of age and so should not be considered a sound error for children under 5-6 years of age. 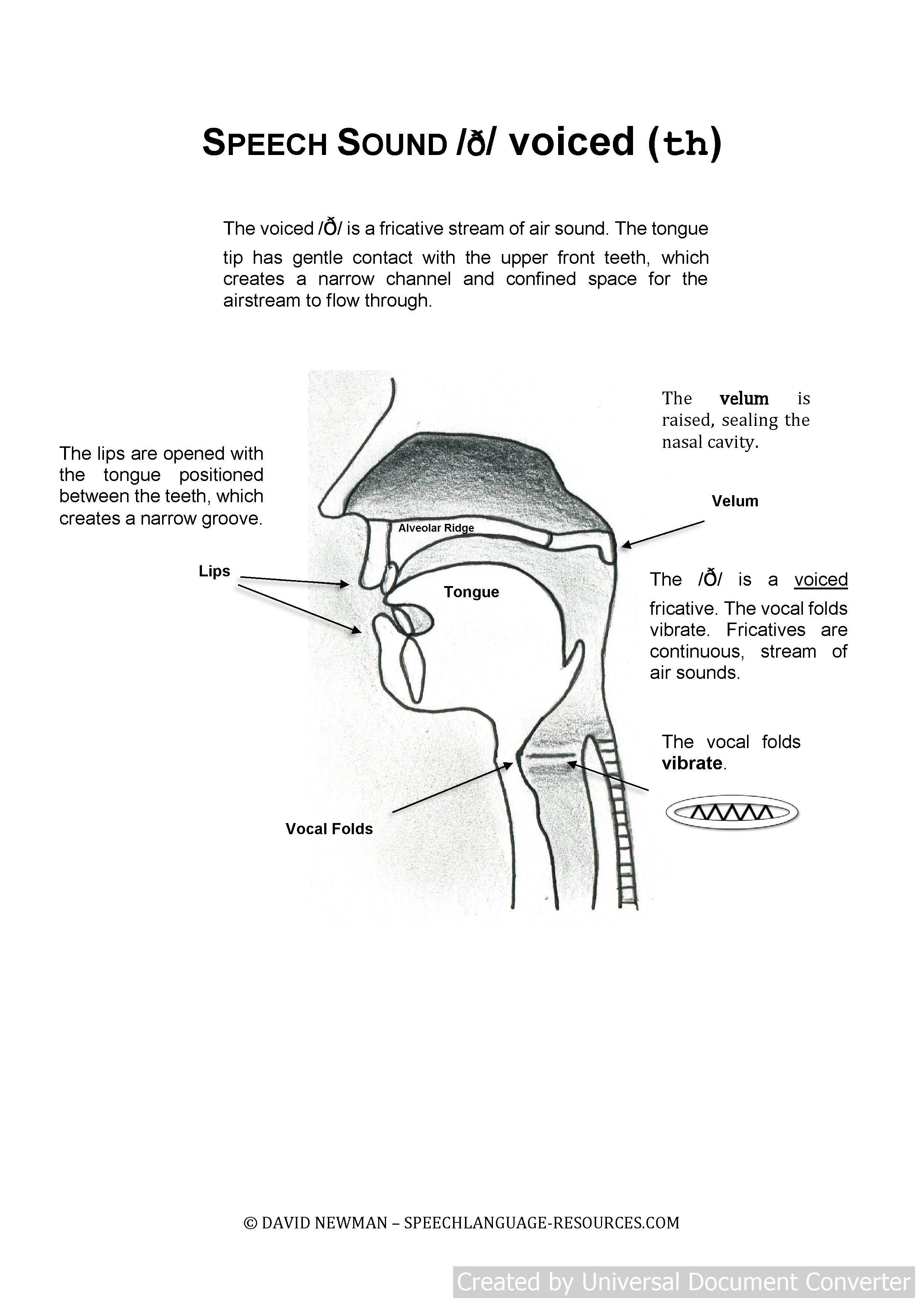 Demonstrate the characteristics of correct /ð/ production to your child.

Sound sculpting from the /d/ sound

Instruct your child to initially hold tongue position for the /d/ sound. The child then slowly and progressively moves the tongue forward under the top teeth while maintaining the air-stream.

Sound sculpting from the /v/ sound

Instruct your child to produce the /v/ sound while being conscious where the tongue is positioned during /v/ production (it should be just behind the teeth not touching any structures). The child then slowly and progressively moves the tongue forward to essentially rupture the /v/ sound. The tongue should be poking through the front teeth, which redirects the air-stream and produces a clear voiced /ð/ sound.