Speech Therapy r Sound: The /r/ phoneme is a voiced liquid sound. The air-stream flows over the top of the tongue and then out the mouth. The tongue does not actually touch any oral structures and it is elevated near to the palate (roof of mouth).

The tongue tip is very close to the alveolar ridge but does not contact the ridge at any point. The /r/ phoneme is referred to as a palatal glide. This is due to the fact that the air-stream flows through a narrow gap between the top of the tongue blade and the palate, which give the sound a resonant, vowel like quality.

A common sound error is when the /r/ sound is misarticulated as /w/. For instance, the boy ran on the road, becomes the boy wan on the woad. Another common /r/ error is the /r/ sound produced as a /j/. 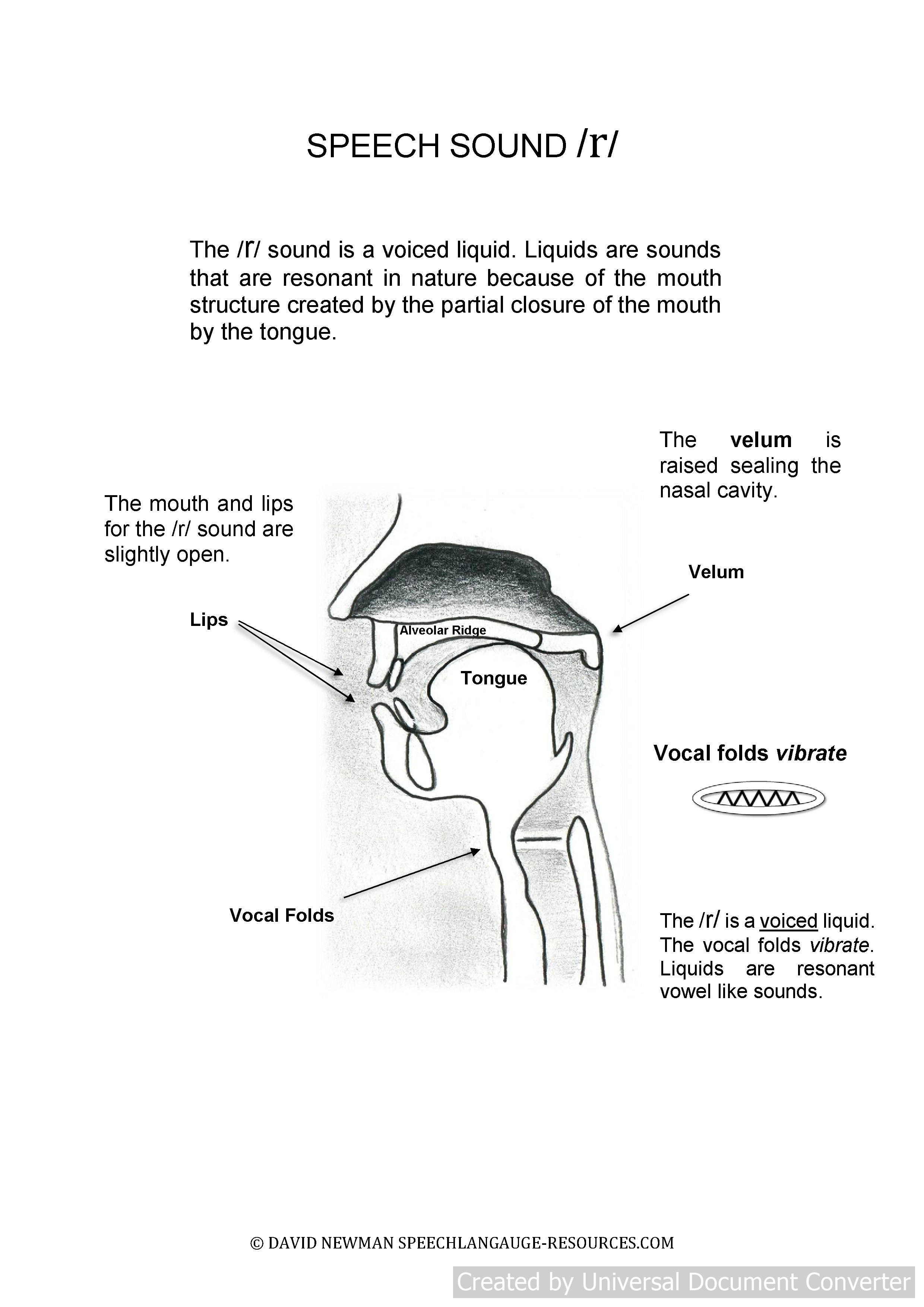 Speech Therapy r Sound - How to stimulate the /r/ sound