Speech Therapy k Sound: The /k/ sound is a velar plosive, better known as a stop. Velar refers to the fact that the back of the tongue raises to contact the velum. This produces a brief blockage and a build-up of pressure in air-stream.

When the back of the tongue is lowered, there is a rapid, instantaneous burst of energy as the air pressure is released; hence the reference to plosive. The intra-oral pressure build-up and release of the /k/ sound is explosive.

The most common /k/ sound error is the /k/ misarticulated as /t/. This sound pattern is known as fronting. For instance, My new car, becomes My new tar.

Speech Therapy k Sound - How to stimulate the /k/ Sound

Demonstrate the characteristics of correct /k/ production to your child. 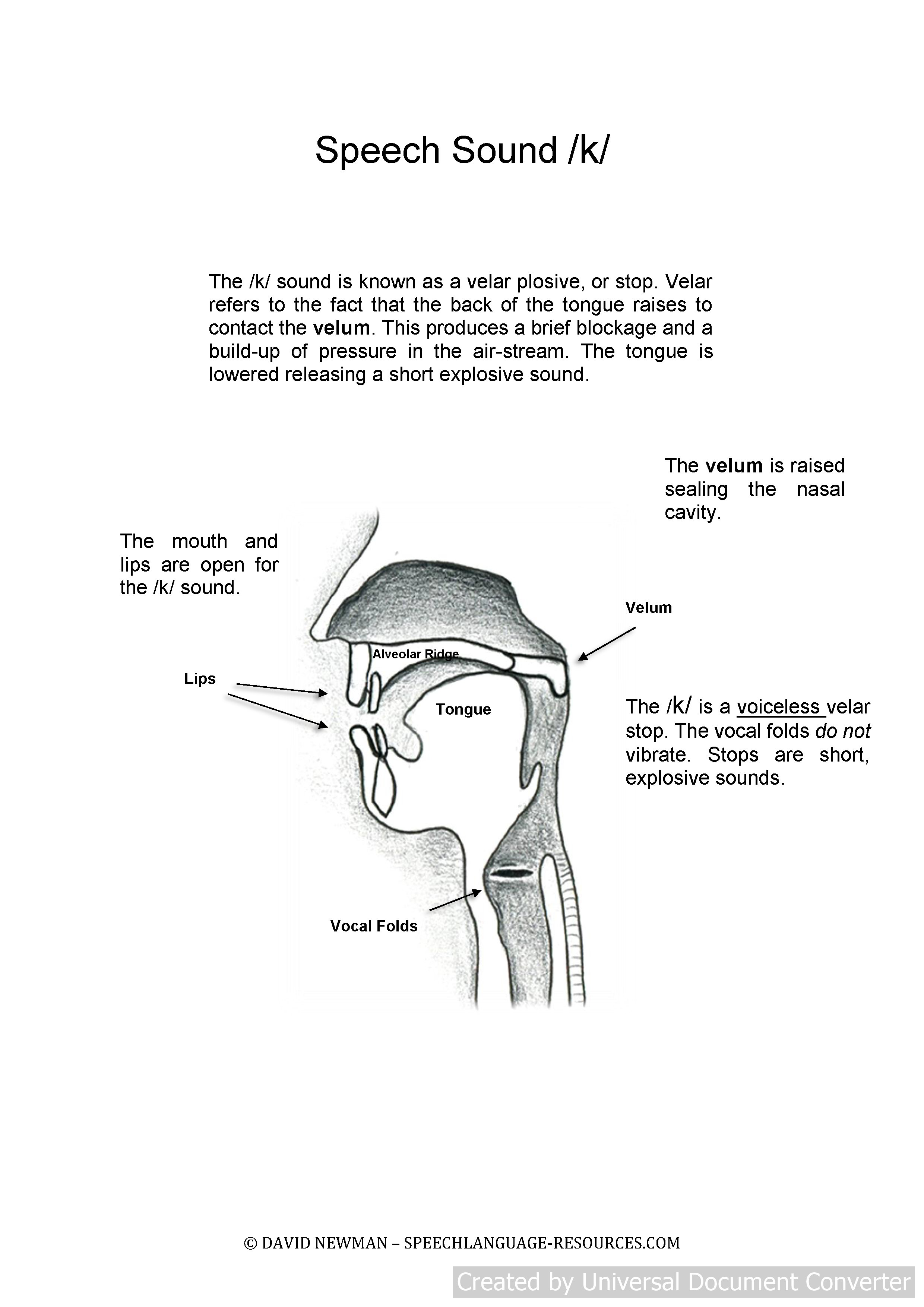