Speech Therapy dj Sound: The /dʒ/ sound is a voiced affricate. Affricates are speech sounds that begin as stops but finish as fricatives. The /dʒ/ phoneme is made by the tongue tip which is raised to contact the alveolar ridge. The sides of the tongue contact the back teeth, effectively blocking the air-stream.

The most common speech sound error involving the /dʒ/ sound is when the /dʒ/ becomes the /d/ sound. Jump becomes dump and June becomes dune, etc.

How to stimulate the/dʒ/ sound

Demonstrate the characteristics of correct /dʒ/ production to your child. 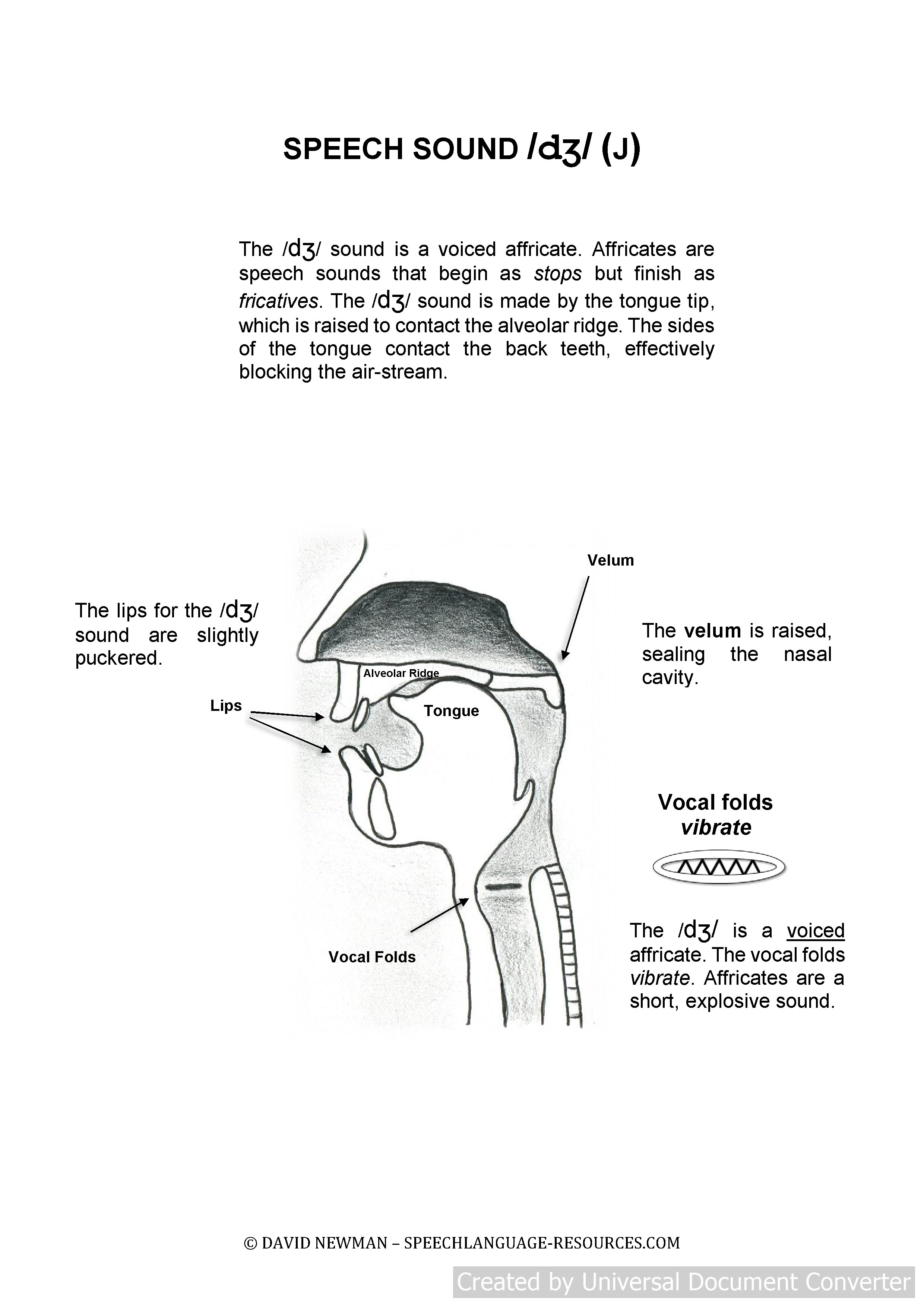 Sound sculpting from the /d/ and /ʒ/ sound sounds

Next, pucker the lips slightly.

Release tongue. The sound is a short, explosive sound, the /dʒ/ sound.