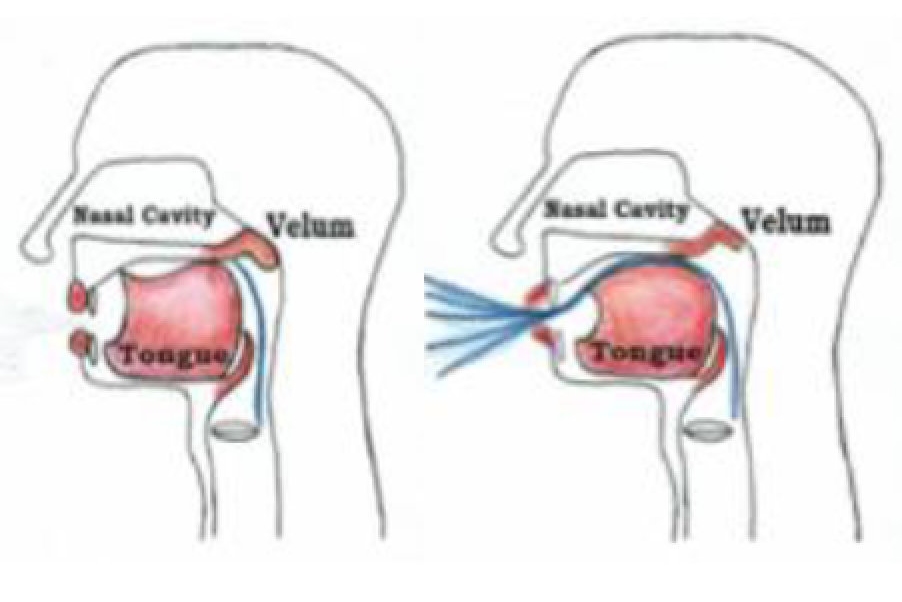 Speech Sequence ch Sound: The speech therapy techniques highlighted on this page are an example of traditional articulation therapy. The techniques can be useful for experienced clinicians.

Parents and teachers are encouraged to speak to their local speech therapists or contact professional associations such as ASHA (U.S), SPA (Aus) or RCSLT (UK) for information about speech therapy options for your child with speech errors.

Case Example: Isaac is a 5 year old boy with the fronting error of using /t/ for /tò/. That is, his jaw has gone forward slightly and instead of his tongue retracting to allow for the increased airflow of the /tò/, his tongue has moved forward for the /t/ sound. You begin speech therapy by explaining to Isaac the error he is making.

Clinician: 'I want you to try this new sound. The sound is /tò/. The /tò/ is made when we push our lips out and our tongue touches the top of the mouth, just behind the teeth. The /tò/ is a windy sound but it’s also short and sharp.'

The clinician demonstrates the correct /tò/ sound. Demonstrate to the child the correct cue sign at this point and reinforce that the tongue tip touches the alveolar ridge, and the lips are pushed out. Practice the new /tò/ sound as often as is needed. Once the child is competent at sound level, move onto sound combined with a vowel.

Clinician: ‘I’m happy with your clear and lovely /tò/ sound. Let’s try something new. Let’s try the /tò/ sound with a vowel. I’ll show you what I mean. tò….ooo,’

The clinician demonstrates the /tò/ with vowel combination. Note that at this early point that there is a gap between the /tò/ and the vowel. This is to protect against the child returning to their ingrained habit of using the /t/ sound. Some possible /tò/ vowel combinations are… ch…ooo,  ch…eee, ch…ar,  ch…or, ch…ay,. Successful sound with vowel is one of the critical points in speech therapy.

Once the child is able to produce ch…ee, ch…oo,  ch…ar, etc the clinician introduces the concept of the train and carriage as a metaphor of bringing the two sounds together with a visual reinforcement. Attempt ch…oo, ch..oo, choo, gradually compressing the distance between the consonant and vowel until all cv combos are correct. If the /t/ sound intrudes, return to ch…ooo, ch…ee to re-establish target sound, as is described in the contingency continuum.

A useful technique to help a child eradicate an intrusive sound error is to use the aspirated /h/ as a carrier phoneme. The /h/ helps ease the distance between the target consonant and the vowel. For instance, with our /t/ for /tò/ example, the /t/ continues to intrude so ch…air is intruded upon by ch…tair.

The /h/ phoneme is technically a consonant but has elements of a voiceless vowel and is perfect for attaching to the …air vowel to smooth the distance between the /tò/ and vowel. So for ch…air we add ch…hair.

The /h/ phoneme is very quiet so is not an intrusive sound and blocks the sound error intrusion from attaching to the vowel …air. The /h/ sound is gradually faded out until the child can confidently produce the target sound and vowel combination without the established sound error intruding. 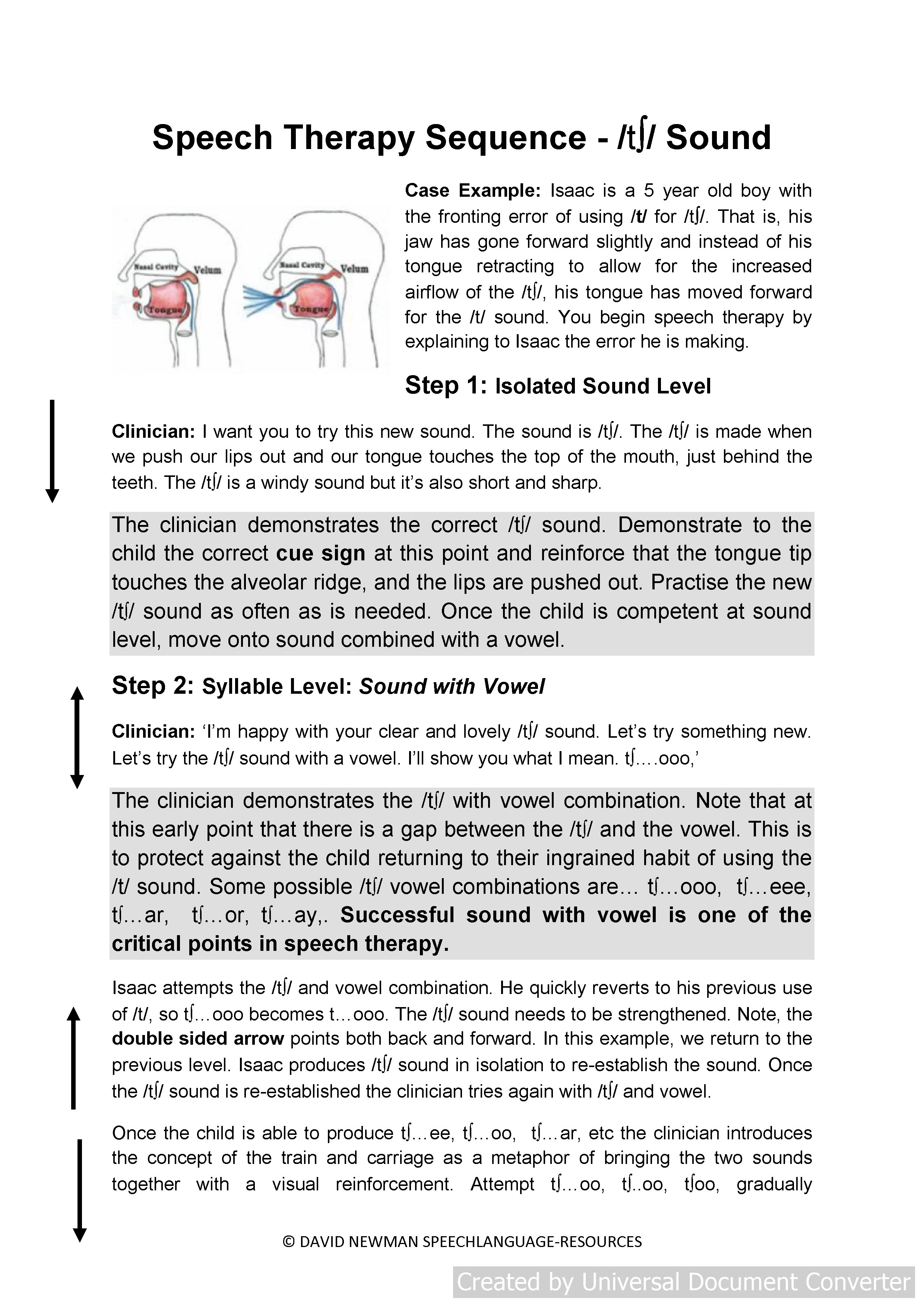 At word level you can begin to use /tò/ picture cards. Speech Therapy cards can be found at mommy speech therapy. If all the previous stages have been completed successfully then sound at word level will be the next step. While attempting word level speech therapy, if the child returns to /t/ at any point, re-establish the new sound by demonstrating /tò/ in isolation or /tò/ with vowel.