Two Letter Consonant Words: The resource available to download from this page is based on synthetic phonics principles. The worksheets provide a blueprint for parents and classroom teachers to complete specific synthetic phonics activities in the classroom or at home.

The activities to be released in the coming months will focus attention on the structure of simple CVCC, CCVC and CCVCC words and the many word combinations that can be formed from the five short vowels: a e i o u.

The CCVC two letter consonant word lists for completion can be downloaded at the end of this page. Each page in the download will feature a picture of the target word with words that will be missing letters.

It is important that your child sound out each phoneme while writing the missing letters/graphemes. An important principle of synthetic phonics is that the sound is the most important thing, the letter/s should be thought of as the grapheme symbol that represents the sound.

Each of the target words is a CCVC or CCCVC word. That is, each word has five sounds, four are consonant sounds (C), and one is a vowel sound (V). In these activities the vowels are all short vowels – a i o e u - and are consistently the same sound when spelling. The two letter consonants introduced in these worksheets begin with the phoneme /sh/ progress to /ch/ and introduce /th/, voiced and unvoiced. 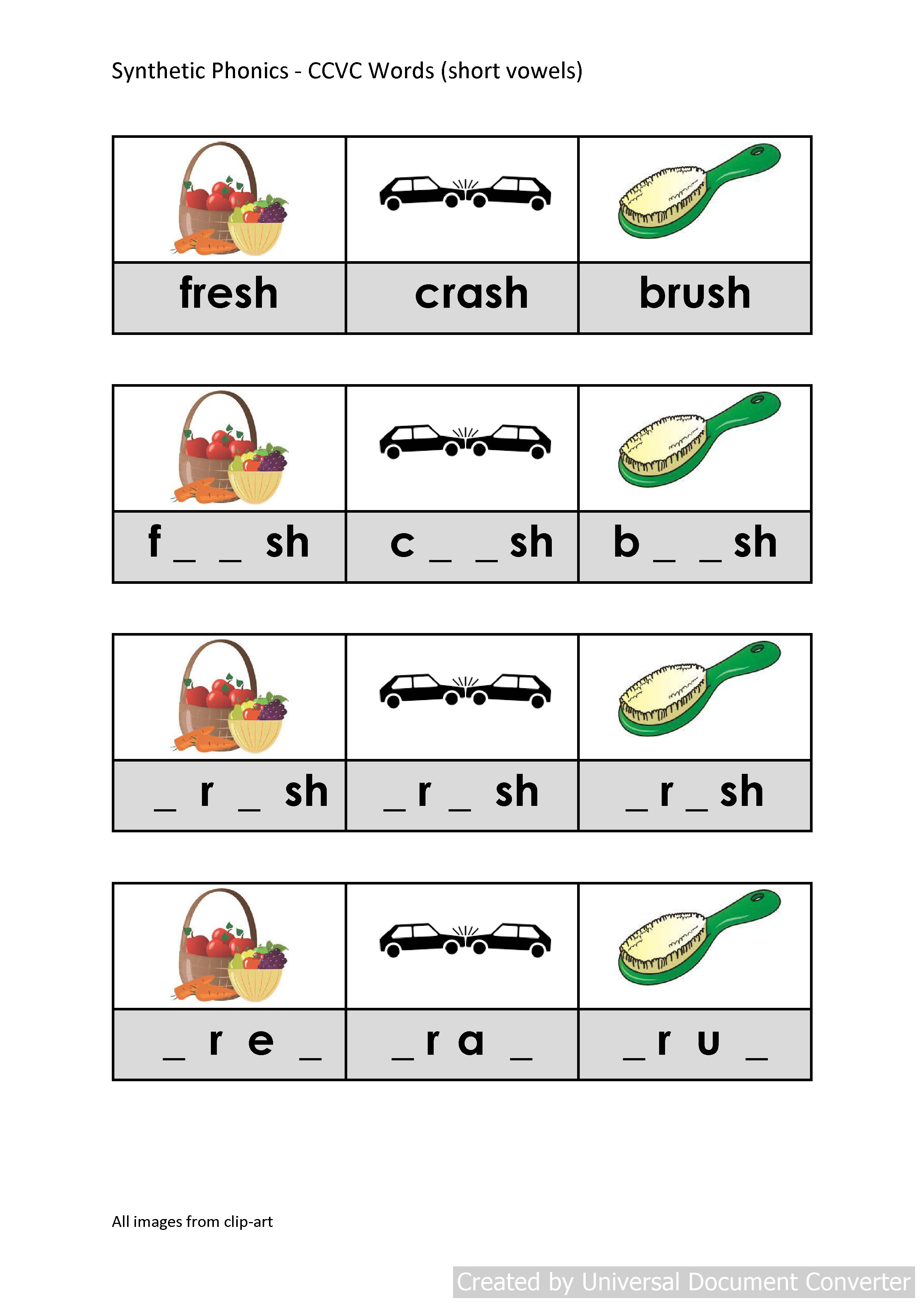 Note that each set of three words has accompanying pictures sourced from clip-art. Each set of boxes becomes increasingly difficult, and students should not initially attempt to complete the exercises independently.